9 Quick Tips for Shooting on Location Not all scenes can be shot in the studio, or against a green-screen. Sometimes, a scene needs the excited energy of the Bondi Farmers Market, or the dazzling calm of Centennial Park’s vast green fields.

Australia in particular is country with a rich mix of urban and natural locations. It is home to bustling cities, but also to one of the last remaining true wilderness (The Australian Outback), and a number of iconic beaches. The Australian government recognizes the boon this presents to the local economy and tourism, and this year launched a campaign aimed to encourage foreign filmmakers to shoot in the country.

But shooting on location isn’t as simple as just finding a spot and recording. Filmmakers need to plan efficiently to avoid wasting time and money on location shots.

Scouting a location beforehand helps you prepare, lets you know what equipment you need , and allows you to anticipate and plan for how you’ll play with lighting and audio. Send a crewmember, or yourself to do inspections a few days before deciding where to shoot. Listen to how the location sounds during particular times in the day, and especially when you need to shoot a scene. Take pictures and record audio so you can review it later. It can save you money and let you suss out the best locations.

Visualize the space your entire set-up will take up--a small, quaint corner bookstore may look like the best location for a scene, until your 10-person crew and their equipment cramp everyone else in the spot, ruining the shoot and possibly annoying the owner. Besides imagining how the scene will run on location, imagine how and where equipment and crew will be positioned.

Another advantage of scouting a location beforehand is finding out how to protect your gear. Camera equipment is sensitive to moisture; even a little bit can wreck the camera’s internal mechanisms. Salt water will corrode your DSLR. Some locations will have you shooting under the sun, and in Australia, where temperatures can get hot enough to melt asphalt , it’s best to check if your equipment will survive the location.

Securing your equipment against the elements isn’t the only thing you need to do. You’ll also need to make sure basic necessities are accessible for you and the rest of the crew, especially if you’re going to be on location for a few days. Check how far the nearest place to eat is, plan for how much snacks and water you’re going to have on-site, look at what the bathroom situation is like, and how easy it would be to commute, if you’re not renting a van or driving everyone to the location. A happy crew makes for a smoother shoot, even if something goes wrong.

Being prepared helps you minimize the time you spend running around trying to fix problems. Time is literally gold when shooting on location, as you’re probably paying for the hour, or a fixed time slot. Map your shoots according to the time limit, so you don’t waste time meandering on which scene to shoot next.

Sources of power are critical, but often overlooked. Filming plans have to consider where you’ll get your power from, and whether you’ll have to bring extra equipment like extension cords, a power adapter that can connect your equipment to outlets--or even your car’s batteries. Many outdoor locations are quite the distance away from available power sources, so it would be best to pack as many batteries as you can.

Amateur filmmakers may think that shooting on location is all spontaneity, but it’s actually a ton of paperwork. Whether you’re shooting on private or public property, you’re going to need to file a permit or submit a plan to the owners of the property beforehand.

Some locations are more lax on paperwork. For instance, you only have to submit a shooting plan if you want to shoot on private property like a cafe or apartment in Sydney. But for anything bigger and more public, like parks, cities require a permit. Sydney's local government requires filmmakers to apply for a permit , even for “ultra-low” impact shoots where you only use one camera and have less than ten crew members. There’s also a separate permit for using drones. Plan accordingly, and don’t assume that you can just start shooting anywhere in public.

Not all locations are the same, so best do your research beforehand. Sydney may require permits for even minimal filming, but Melbourne waives the requirement if you have a crew less than six, won’t disrupt residents or traffic, and have only one camera, tripod, and sound equipment in use.

If you’re renting or shooting on private property, do your best to leave a positive impression. Doing something as simple as cleaning the location after you use it can help you get discounts in the future and spread word about your work ethic, making it easier to lock down sites for other projects. 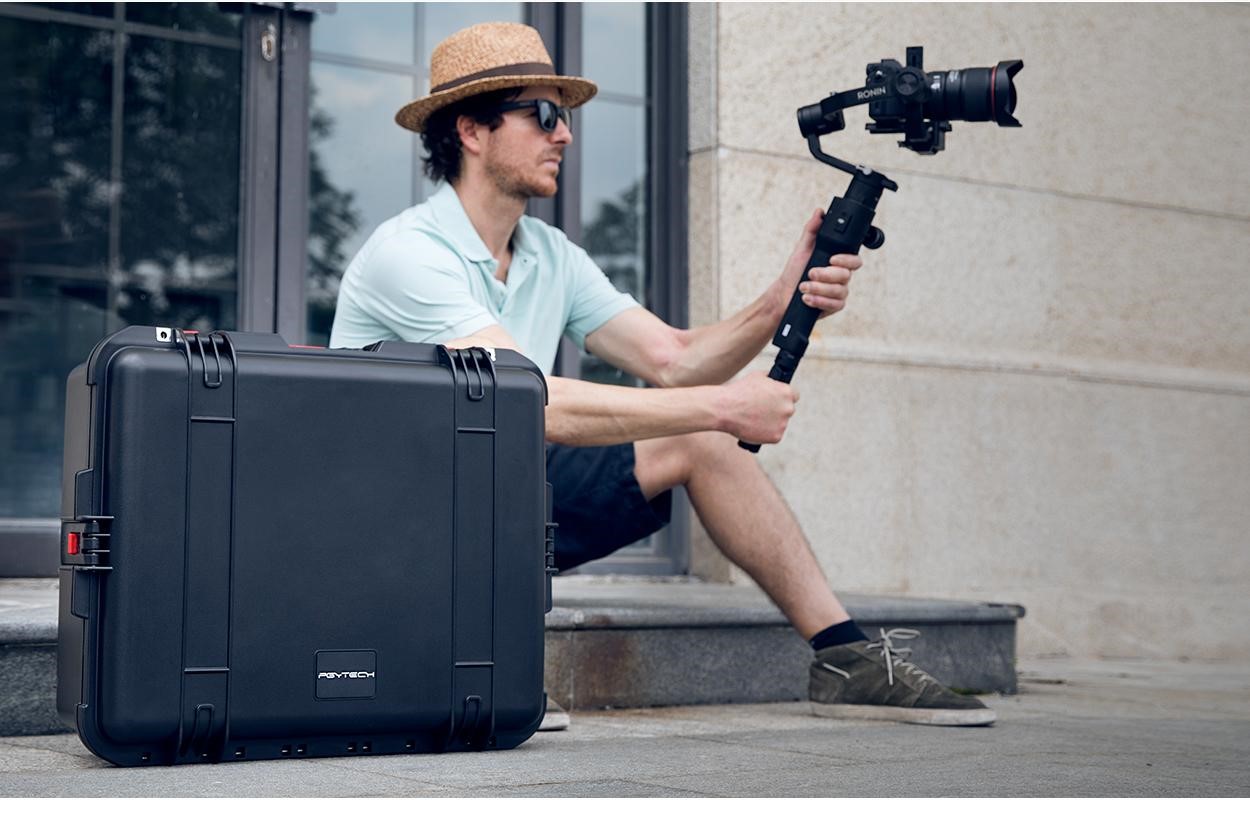 There’s nothing quite like missing equipment to waste a potentially good day for shooting. Shooting away from the studio requires you to move mountains of equipment, and something as invaluable but small like your Ronin-S’s focus wheel can easily get left behind in the bustle.

Make a checklist the night before a big location shoot. Assign point-persons to be responsible for lights and sound equipment. If you’re shooting with a DSLR and Ronin-S , you may want to invest in a PGYTECH Safety Carrying Case. The case is waterproof, carries your Ronin-S, DSLR, and all its parts, drop-proof, and has a new latch system that protects your equipment from altitude and pressure changes.

At D1 Store, we carry a wide variety of accessories to help you maximize shooting on location. From extended grips for your Ronin-S to durable carrying cases, we’ve got you covered.